The Rise of Web Caching Services

One interesting thing about the internet is how from the perspective of the user, whatever happens to the data between the time it is requested and the time it arrives doesn’t matter. As popular tech blogger Joel Spolsky notes, we use TCP as a protocol to send data reliably, even though the underlying mechanisms are unreliable. Packets can arrive out of order, be corrupted, and have to be sent again, which is sort of the equivalent of an actor’s identical twin being sent to a movie set in their place if they get lost. The fact that the user expects no transparency to data in transit allows us to take advantage of web caching services. 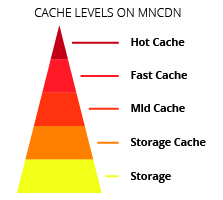 Caching is core computer concept, one that is even essential to the performance of every processor. Caching has also been a feature of web browsers since even the early days of the web, as it was especially crucial since downloads were slow. In our days of fast broadband internet with rich media, we are seeing an important rise in dedicated web caching services within networks. Ultimately, some online documents are more widely accessed than others, and we can take advantage of this fact to alleviate network congestion.

There are several schemes to how web caching can work. Caching services depend on proxy servers that sit between clients (the users) and remote hosts (the content providers). Where schemes differ is how they maintain the relationship between the clients, proxies, and hosts. They can be hierarchical, in which there are multiple levels where a document can be cached and if it is not found can be requested at the next level.

They can also be distributed, in which the caches only really exist on the bottom level and are spread out among clients in a way as to make them as effective as possible. They can even take the form of a hybrid system in which caches are at different levels but cooperate with distributed caches on the same level.

This is just touching the surface of caching technology innovation. As the web expands and our need for quick data access grows, perhaps even more techniques will develop. Thankfully, Medianova is at the cutting edge of caching service technology.