Medianova has managed to take part in the Deloitte Technology Fast50 Turkey 2014 Program that identifies the most rapidly-growing technology companies of Turkey, thanks to the great increase it has achieved in the net sales revenue. Medianova thus succeeded once again by taking part in the prestigious program of Deloitte for the fourth time following 2011, 2012 and 2013. 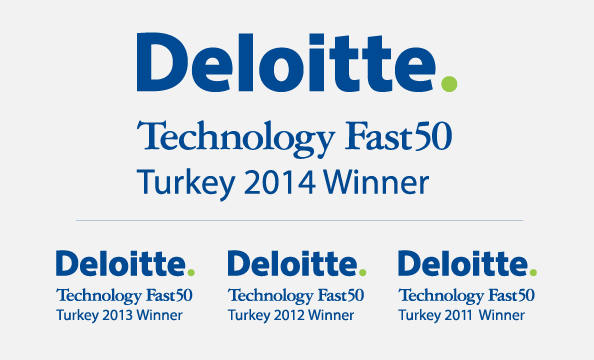 Offering global streaming and cloud computing solutions, Medianova has managed to rank among the most rapidly-growing technology companies for the fourth time. Following 2011, 2012 and 2013, Medianova took part in the prestigious Deloitte Technology Fast50 Turkey 2014 Program conducted by Deloitte to identify the most rapidly-growing technology companies in Turkey. Businesses are entitled to take part in the program according to the growth they have achieved in the net sales revenue between 2009 and 2013.

Serkan Sevim, the CEO of Medianova, said that being entitled to take part in the Deloitte Technology Fast50 Turkey Program following the awards in two categories at European Cloud Awards in September makes them proud. “We believe that taking part in such a prestigious program for four subsequent years is an important indication that we do business properly,” said Serkan Sevim and added, “As a young company with high aims, we support our infrastructure that operates without errors with innovative products and services developed by us. We have designed all our business plans with the target of being a global company, and are planning to obtain about 80 percent of our turnover from abroad in the next five years.”

The companies that would like to take part in the Deloitte Technology Fast50 Turkey 2014 Program must have gained minimum 50,000 Euro net sales revenue in 2009 and minimum 800,000 Euro in 2013, their headquarters must be in Turkey and they must be a “technology company”. Companies that have a technology by which most of the operation revenues are gained or assign most of their revenues to technology research and development activities are defined as “technology company” in the program. Those that use the technology of other companies in a different way are not evaluated under this title.